The full international debut of the Airbus A350 airliner will dominate both the static and flying displays on the first two days of the Singapore Airshow. The European airframer’s second flight test airplane–MSN3–arrived here over the weekend and flew a display rehearsal on Sunday afternoon over the Singapore Strait. It is due to depart at the end of Wednesday.

The stop in Singapore actually marks the second time an Airbus A350 has appeared in the air at an international show. The first A350, MSN1, flew past President Francois Hollande on the final business day of the 2013 Paris Air Show, on June 17. But it was not available for ground inspection and so for the vast majority of industry visitors here this week, the Singapore appearance will be their first chance to take a close look at the new widebody. Read more… 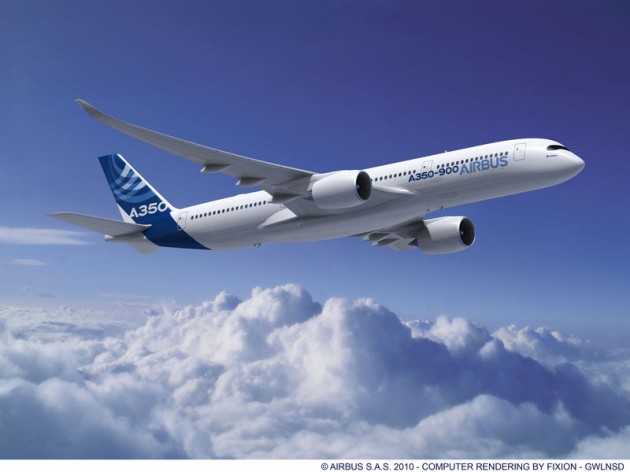