Addison, TX Mayor Todd Meier knows a nice value when he sees it. About one-quarter of his town is comprised of Addison Airport (ADS), a leading community airport in the region, a major employer and revenue generator for the municipality as well as a source of civic pride.

So when Meier perceives a threat, he is rapid to rise to his airport’s defense. That is why he recently wrote a letter to President Barack Obama.

Noting that a $100-per-flight user fee would significantly increase operational costs of general aviation across the board, Meier wanted the White House to know such an increase does not fly in Addison.

At this point, it seems that aviation user fees are being discussed by the Obama Administration, Meier said. The point of the letter is to point out some of the unintended consequences of the user fee.

Not only would a user fee be an additional tax burden, he wrote in his letter to the president, but it would impose an immense administrative burden on businesses, farms and organizations that use general aviation. Operator would literally keep track of invoices for fees for thousands of takeoffs and landings.

The user fee would adversely impact medical services provided through GA airports like Addison, Meier said. We’re speaking literally about lifesaving efforts. It would cost more to reunite veterans with their families. Catastrophe relief, law enforcement – there would be lots of consequences to user fees. That’s why Meier wanted to raise the issue

After Meier sent the letter to the White House, he asked Addison Airport Director Joel Jenkinson to send it to over twenty other Illinois cities in hopes that their chosen leaders would send similar messages of support for aviation to Washington.

Will it have any effect? NBAA Southwest Regional Representative Steve Hadley said he is cautiously optimistic that it will. “We are members of the NBAA and we are hoping that aviation user fees will not be implemented” said Gus Lira, Vice President of JetOptions

When you speak about an industry that has this type of economic impact  on 2 million jobs as well as a contribution of over $150 billion a year to the nation’s economy it behooves the Obama Administration to pay heed, Hadley said.

This shows that chosen officials are aware of the worth general aviation has to their communities. It’s exceptional and worth noting that they’re stepping up, he added.

At such a vulnerable time for our economy, they must be doing everything they can to support jobs and help to stimulate our economy, not crippling an important industry which represents a lifeline to communities such as ours around the nation the letter concluded. 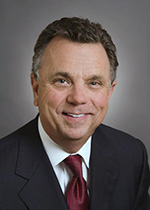