5 myths of executive jet charters, What travelers really want in 2015, Agonizing and Awe-Inspiring; Another Year in Aviation Flies By

The idea of flying on a private jet charter sounds far-fetched to many people. Many believe it is an option that is only accessible to extremely wealthy individuals or large corporations. In reality, though, that is not entirely accurate. Here are five widely held myths about private aviation, some of which might surprise you.

1.-Private jets are only for the elaborate escapades of the rich, famous or royalty

Myth 1: Executive jet charters are only for the elaborate escapades of the rich, famous or royalty

Actually, a majority of executive jet charters are for business use. Private jet charters allow greater flexibility when traveling for business and provide service to hundreds of airports that commercial airlines do not have access to. This places employees on the ground close to where they need to be. As a result, this generates savings in ground transportation and quite often in accommodation fees as well. It also enables employees to bypass agonizing long airport lines, economizing businesses and its employees in terms of time, stress, and money.

2.-All airports are the same

5.-Private jet travel is too expensive 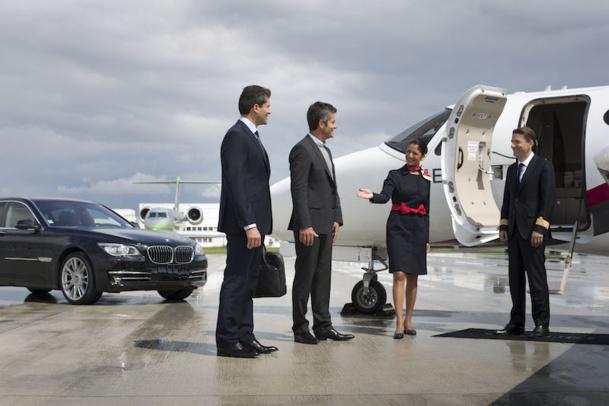 Executive jet charters are often used as a business tool

Read the full story on all 5 myths at aluxurytravelblog.com->

What travelers really want in 2015

They punished airlines with a 69 out of 100 on the authoritative American Customer Satisfaction Index. That’s a “D+” letter grade – yet it’s the highest they’ve managed to score since the index started in 1995. Hotels? A 75, only a “C.” Online travel agencies ranked slightly better with a 77.

Yes, everyone likes to complain about travel (Unless you are receiving excellent care and traveling with JetOptions, of course -Ed.). But it doesn’t have to stay that way.

Airlines, car rental companies, and hotels claim they can divine our future travel desires with data. But crunching numbers isn’t the same thing as listening to customers. Curiously, travelers continue to say the same thing: They want a quality service at a fair price. And there are signs some companies are finally paying attention.

Read the full story on USAToday.com ->

Agonizing and Awe-Inspiring; Another Year in Aviation Flies By

Bookending the aviation news for the year 2014 is the Dreamliner battery; the sizzling lithium ion-flavored power source that I suggested in January was already being reviewed by the eggheads and pocket protector-wearing engineers at Boeing. The end of the year arrives and the Japan Transport Safety Board is asking for the same thing.

I’m not bragging about being prescient here because any reasonable person can see that the risks outweigh the benefits of using this high-density battery chemistry. It’s the recipe used more than a decade ago for laptops and handheld devices that started to spontaneously combust prompting the world’s largest industrial recall.

In a report issued just before Christmas, the Japanese put coal in Boeing‘s stocking, telling the planemaker that, fire containing box notwithstanding, further improvements of the “battery system are necessary.”