Cocaine worth more than £40million has been  found aboard a private jet owned by a French tycoon based in London.

The vast haul of drugs was found by customs  officers in the Dominican Republic on a plane owned by millionaire businessman  Alain Afflelou – who was not on board at the time.

Officials boarded the Falcon jet minutes  before it was due to leave the Caribbean island for Paris  and seized 26  suitcases packed with 680kg of the class A drug. 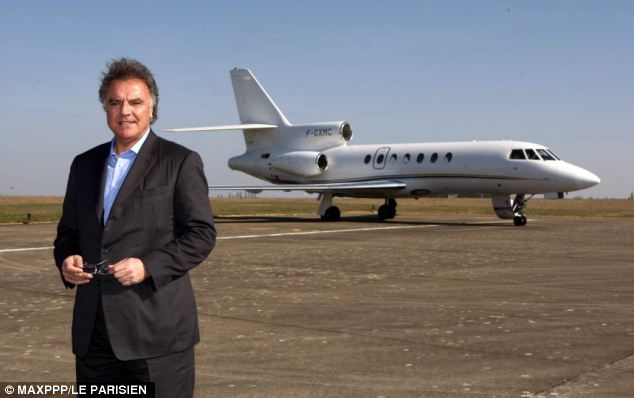 Drugs seizure: £40million of cocaine was found on board  Alain Afflelou’s Falcon jet in the Dominican Republic

Four French nationals, as well as several  local police officers, were arrested after the seizure on suspicion of being  part of an international drug-trafficking network.

Opticians chain owner Afflelou swiftly denied  all knowledge of the drugs, stating he had loaned his plane out to Lyon-based  Transhelicopter Services company.

A spokesman for Mr Afflelou said after the  bust on Sunday: ‘Alain heard the news last night through the media and he’s  amazed.

Tycoon: Mr Afflelou denied any knowledge of the drugs  and was not on board the plane at the time

‘He will now take all the necessary steps to  establish what happened. A letter demanding an explanation has also been sent to  the French leasing company.’

Mr Afflelou, 64, sparked a storm on controversy in December when he announced  he was moving to Britain amid plans for massive tax hikes on France’s highest  earners.

The businessman – who has an estimated £190  million fortune – is among a flood of French millionaires including film star  Gerard Depardieu and musician Jean-Michel Jarre quitting France ahead of a  looming 75 per cent tax on earnings above one million euros.