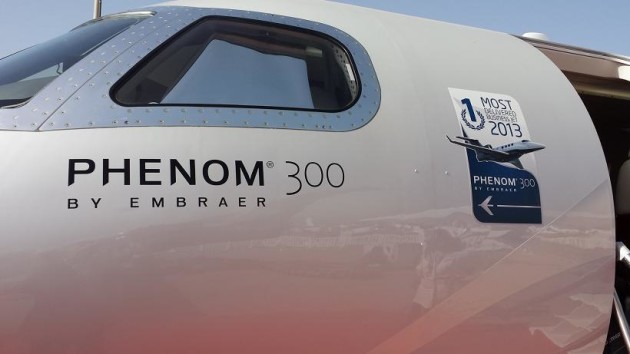 Embraer Executive Jets handed over the 300th Phenom 300 last Thursday to an undisclosed U.S. customer, just one year after achieving the same milestone for the smaller Phenom 100/100E. The commemorative Phenom 300 was assembled at and delivered from Embraer’s facility in Melbourne, Fla. Over the past two years, the Phenom 300 has been the most delivered business jet in the world and is on pace to do so again this year, according to Embraer.

Continue reading about the Phenom 300th on AINOnline.com>>

Textron Aviation has delivered its 2,500th Cessna Caravan. Accepting the keys to the single engine utility turboprop at ceremonies in Wichita in late September was Jim Rowe, head of Bering Air of Nome, Alaska. The carrier is taking delivery of eight Grand Caravan EX aircraft this year, and retiring an equal number. The aircraft is powered a Pratt & Whitney Canada PT6A-140 rated at 867 shp. Bering’s Caravans operate around the Arctic Circle, hauling people and supplies…

Continue reading about the Cessna Caravan on aviationweek.com>>

Become a Strategic Partner with Headquarters

This five-step plan can strengthen your flight department’s relationship with ‘downtown.’

The following third article in the series outlines five steps that flight department personnel can take to become a strategic partner with the executive team and headquarters personnel.

Effective and frequent communication is the first element of becoming a strategic partner with headquarters.

Continue reading about becoming a strategic partner on NBAA.org>>

Marketline’s graphs show the trends for the broad used business aircraft market as well as the jet, turboprop, single/multi piston, and helicopter categories. 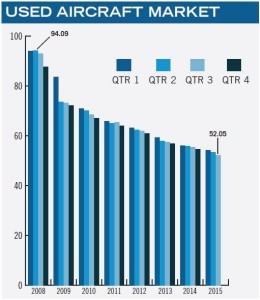 All of the listed aircraft have a composite score that is presented in the Used Aircraft Market graph. Data points are represented in relationship to the respective new delivered historical price that is equal to 100%. The measure of change is reported in the actual percentage of value in relation to new. The delta between reporting periods can be concluded as the percentage of change.