Even Harrison Ford advocating for general aviation this week did not change the FAA‘s plans to close the towers at up to 238 U.S. airports in an effort to trim costs required under the budget sequester. The FAA planned to announce a finalized closure list on Monday, but the agency delayed its release until today due to the overwhelming number of appeals to keep the towers open. While FAA officials were reviewing those petitions, actor and private pilot Harrison Ford– joined by NBAA president and CEO Ed Bolen (JetOptions is a member of the NBAA), HAI president Matt Zuccaro and AOPA president and CEO Craig Fuller, among other aviation alphabet group heads– met with the 170 members of the House General Aviation Caucus on Tuesday on Capitol Hill. Ford said that “accidents are going to happen” due to the tower closures. In the Senate, an amendment introduced by Sen. Jerry Moran that would have preserved ATC towers and other facilities targeted for closure under sequestration was shot down. The amendment was offered under the continuing resolution to maintain funding for all federal agencies throughout the current fiscal year; that resolution passed the Senate yesterday sans Moran’s amendment. After it releases the final closure list today, the FAA plans to shut down the affected towers on or about April 7. 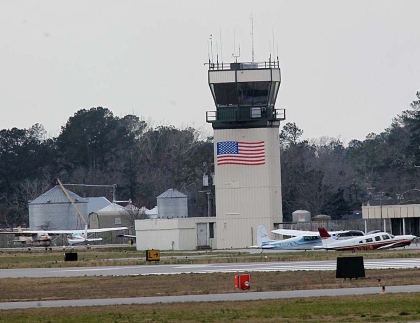