On this post we have several items of interest: The first story is from WingX Advance and it’s about how things are looking for our industry in 2015 according to their managing director. Next, and maybe this story should have been first, we have four more aircraft available for charter, 1 heavy jet (Dassault Falcon 2000EX EAsy), 1 mid jet (Hawker 800) and 2 lights (Cessna Citation I and II). Give us a call if you need to charter these or any other aircraft. Our phones are answered 24/7. Also we have a story from NBAA that explains that President Obama’s 2016 budget shows progress on the issue of per flight user fees which the organization has been fighting to exclude. And last, since our readers love to travel we have an excerpt of a story from the New York Times. The article picks the 52 places you must visit in 2015. It has some very striking images, 4 of which we have included here. We’ve put the top 10 in this post but we have added a link to see the full list. Let us know if there is anything you would like for us to cover in the future. 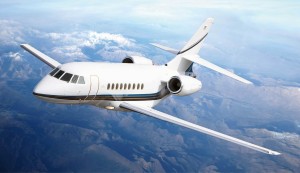 The Dassault Falcon 2000EX Easy is a heavy jet that seats up to 8 passengers and will be based in the Northeast and is ready for immediate charter. The Falcon 2000EX Easy is a Falcon 2000EX with an enhanced avionics system and changes to pressurization and oxygen systems which was originally certified in 2004. The advanced cockpit avionics are called Easy thereby giving it its designation. The EASy flight deck is a highly intuitive system developed by Honeywell that vastly improved crew situational awareness and safety over previous generation Falcon models. The aircraft comes fully-equipped with all of the features and amenities required by today’s discerning business traveler: leather club seating, berthable divan, full galley with microwave and convection ovens, coffee machine, and private lavatory with sink. It also features the latest technology: Iridium satellite phone, Gogo Biz high-speed wifi, 17” bulkhead monitors with Airshow (3D moving maps), individual cabin monitors, and a CD/DVD player. 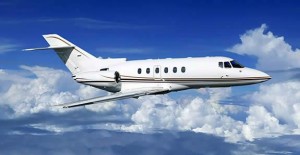 The Hawker 800 is a mid size jet that seats up to 8 passengers and will be based in central Oklahoma and you can charter it now from JetOptions. The Hawker 800 took its first test flight in May of 1983. The 800 series has a number of modifications and changes over the 700, the most noticeable being the redesigned cockpit windscreen. The rear fuselage fairing is modified from its predecessor, as well as a glass cockpit. The Hawker 800 has a fully enclosed aft lavatory with vanity and sink. It also has generous baggage space that is accessible in-flight for added comfort. 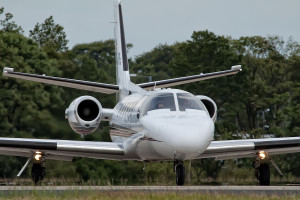 The Citation II or Model 550 is a light jet with capacity of up to 7 passengers and it is available for charter from JetOptions. The Cessna Citation II was the first of the Model 550 series of Citation jets. The popularity of the Citation line comes from their original design philosophy: An airplane with a low-workload cockpit, and clean and simple systems. The Citation II, Model 550, was a direct development from the Citation I and was built between 1978 and 2006. The success of the earlier aircraft led Cessna to create the larger aircraft. The Citation II has 2 more seats than the Citation I. In addition to more seats, the plane has more powerful engines, increased fuel capacity, faster speeds and longer range.

The  Cessna Citation I/SP also known as the CE-501 is a light jet that has seating for up to 7 passengers and will be based in Houston, TX and is ready for charter. The Citation I has lower per-mile direct operating costs than contemporary models making it more economical. Cessna delivered the first Citation 501/I/SP, certified for single-pilot operations, in 1977. The company then changed the aircraft’s name to Citation I. Maximum altitude increased to 41,000 feet and the wing extension allowed the airplane to land on much shorter runways. The Citation I is good for short trips due to its 970nm range. At 205 cubic feet the Citation I’s cabin is on the small side so although it has a capacity of 7 passengers, it would be quite cramped for all involved.

NBAA (JetOptions is a member of NBAA) said that the exclusion of per-flight user fees for general aviation from President Obama’s fiscal year 2016 budget reflected progress on the issue, although a renewed call for lengthening business aircraft depreciation schedules presents a continuing challenge. “The Obama administration in previous budget documents has repeatedly recommended user fees, but the administration appears to have pivoted away from this position by choosing not to use the budget to once again propose the fees,” said NBAA President and CEO Ed Bolen. “Clearly, this is progress on a key issue. The challenge is that, in his budget, the president still appears to be singling out general aviation, with a proposed change in aircraft depreciation schedules.”

Read more about the president’s proposed budget on NBAA.org>>

Untrammeled oases beckon, once-avoided destinations become must-sees and familiar cities offer new reasons to visit. It goes without saying that if you would like to charter a private aircraft to any of these destinations, contact us and we’ll take care of it. The top 10 in the New York Times list:

2- Cuba: As relations warm, a Caribbean island is within reach.

3- Philadelphia: The making of an urban outdoor oasis.

5- Elqui Valley, Chile: Stargaze — while you can — in Northern Chile.

6- Singapore: It’s a year-long birthday party, and the world is invited.

7- Durban, South Africa: A third city finds its place in the spotlight.

8- Bolivia: Finally stable and opening up to the world.

10- Macedonia: The next Balkan destination.