Mainstream business aviation forecasts expect the market for the biggest aircraft to soften during the next five years, as demand for less costly small and medium-size jets continues to recover. These forecasts are based on an economic decline in emerging markets that geographically have a need for long-range “heavy iron,” a strong U.S. dollar that makes large-cabin jets more expensive outside the U.S. and declining commodity prices. 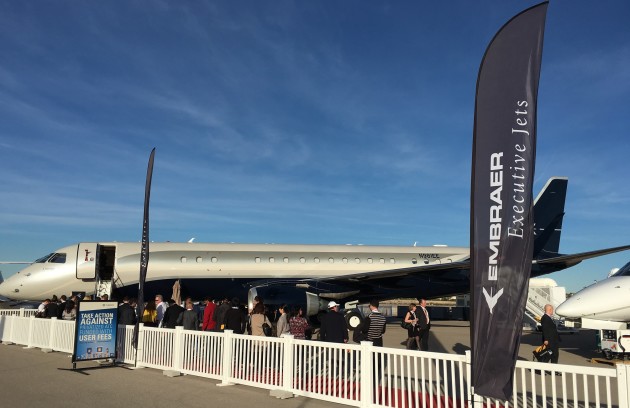 Whether these forecasts hold true for the balance of this decade remains to be seen, but this much is certain: Every new order and its geographic origin will be significant.

Embraer Executive Jets today announced one for a Legacy 650 from an undisclosed customer based in the Middle East. It’s scheduled for delivery within the next three weeks and is managed by Titan Aviation, a global aviation specialty service provider headquartered in the United Arab Emirates.

A host of leading hotels is offering unparalleled luxury in the air, with private-jet trips to some of the world’s most beautiful destinations

Touring the world by private jet is not in itself a new concept. An Australian company, the Captain’s Choice, has been selling such experiences for two decades: world tours typically lasting three to four weeks that take you from, say, London to Sydney via Havana, Panama, Peru (for a short cruise on the Amazon), the Galapagos, Easter Island and Tahiti. Should such a trip appeal, the next one departs on 23 August 2016, and fares start at £27,140 per person. Put from your mind, however, the idea that you’ll be traveling in a Learjet or its equivalent. The plane in this instance may literally be a private jet insofar as it has jet engines and is privately owned, but it’s actually a familiar Boeing 767-200ER (the initials stand for “extended range”) fitted with 100 seats of the sort found in business-class cabins that convert into flat beds (ordinarily a plane like this run by a commercial airline would have 181 seats).

What’s Next For Honda Aircraft?

Honda Aircraft Co. has been hitting all the requisite milestones on schedule since its new light jet completed flight-testing last year—the most recent achievement is receiving certification from the Federal Aviation Administration. 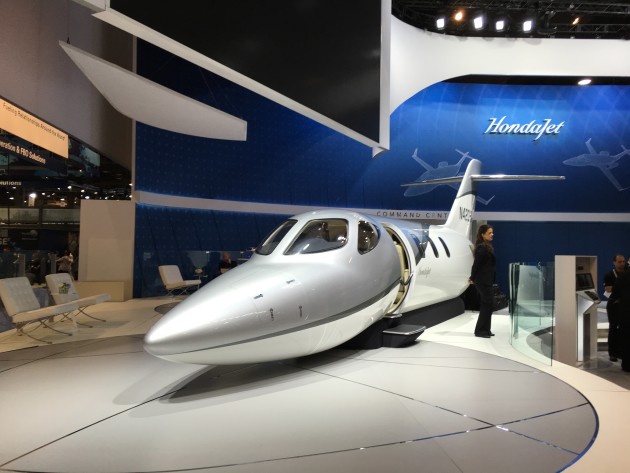 That means the next major announcement within the next two weeks or so should be official confirmation that a HondaJet has been delivered to the first customer. Assuming that takes place, there are a several intriguing unknowns about what will happen in the months to follow as more of the jets get into the hands of operators.

Honda would argue that market acceptance is a given since as more than 100 customers are waiting for their airplane; that’s approximately a two-year backlog. Whether the order book grows substantially beyond that number is not necessarily a foregone conclusion. It would not be the first time that market demand for a new aircraft—business or commercial—essentially stalled after entering service and much fanfare.

The HondaJet received type certification from the United States Federal Aviation Administration (FAA) on Tuesday. Honda Aircraft Company and the FAA made the announcement today at the Honda Aircraft headquarters in Greensboro, North Carolina. 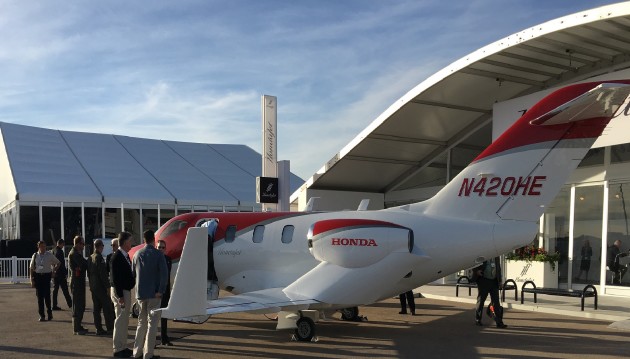 “Achieving FAA type certification for the HondaJet is a monumental milestone for Honda,” said Fujino. “We established Honda Aircraft as a new aerospace company and introduced our first product — an advanced light jet with technologies developed from serious research activities. We designed, tested, and have now certified this clean-sheet design aircraft – an unprecedented challenge for Honda.”

Honda Aircraft Company validated the HondaJet’s performance, safety, function, and reliability through rigorous ground and flight tests with the FAA. Total flight hours exceeded 3,000, with testing conducted at more than 70 locations across the United States.

“This day occurred through the collaborative efforts of the FAA and Honda Aircraft Company,” said Melvin Taylor, manager of the FAA’s Atlanta Aircraft Certification Office. “Collaboration is not easy, it often is a difficult subject. But when it is done successfully like this program, the rewards are gratifying to us all.”

The HondaJet’s innovative Over-The-Wing Engine Mount configuration, natural-laminar flow wing and composite fuselage make it a higher performance, more fuel-efficient and more spacious light jet. The HondaJet is the fastest in its class at 420 knots (483 mph) and the most efficient in its class.

Continue reading about HondaJet receiving certification from the FAA on Hondajet.com>>