NBAA and the European Business Aviation Association are gearing up for the 12th annual European Business Aviation Convention & Exhibition (EBACE), which starts on Monday in Geneva. “From a number of measures,” an NBAA spokesman told AIN, “it’s clear that this year’s EBACE is shaping up to be as strong as or stronger than last year’s show.” There are now nearly 500 exhibitors signed up for the three-day show. Though there will be about the same number of aircraft on the static display as last year, the static ramp will be expanded by 43,000 sq ft to accommodate the influx of larger business jets. Overall, the static area will encompass some 60 aircraft over 4.3 million sq ft. The opening general session on Monday morning will feature Matthew Baldwin, the European Commission’s director for aviation and transport policy; Marian Jean Marinescu, a member of the European Parliament; and Salvatore Sciacchitano, executive secretary of the European Civil Aviation Conference. There will also be a wide array of business aviation-focused education sessions held during the show. AIN’s on-site EBACE coverage will begin Saturday morning on AINonline. Additionally, AINalerts will be published daily next week to bring the top EBACE headlines to your inbox. And if you’re attending the show, be sure to pick up copies of AIN’s printed EBACE Convention News issues on Monday, Tuesday, and Wednesday. JetOptions Private Jets’ Vice President of Sales Gus Lira and Vice President of Marketing, Jay Lira will be attending the show in Geneva. 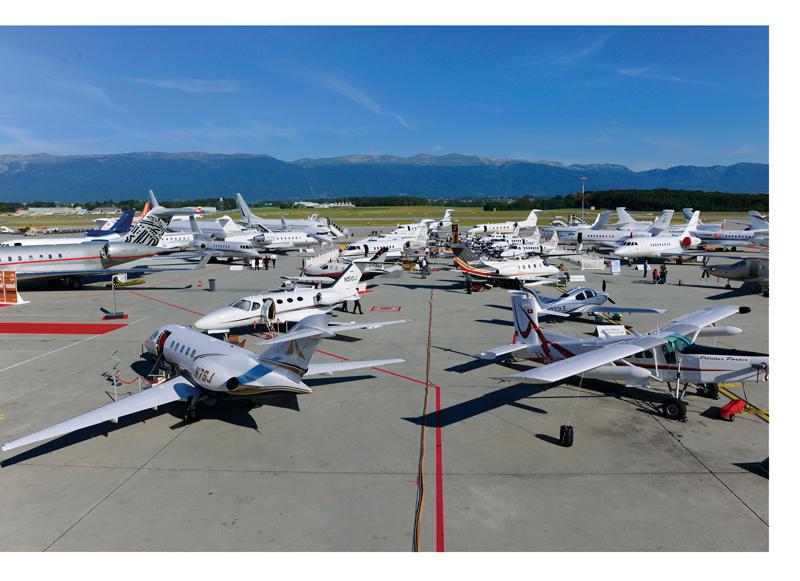