The U.S. Tax Court denied an aircraft owner the “bonus” tax depreciation available for business aircraft because it did not have a conference table. Despite the adverse result, the case offers valuable lessons on how to use, and substantiate the use of, business aircraft for tax purposes and how the IRS and courts approach cases involving private aircraft.

Have Jet – Will Travel

The relevant facts are simple. On December 30, 2003, Michael Brown, an insurance salesman who sold $10 million to $300 million life insurance policies to wealthy individuals for estate planning purposes, purchased a $22 million business aircraft in Portland, Oregon. On the same day, Mr. Brown flew his newly acquired aircraft to both Seattle and Chicago for business meetings. These flights allowed Mr. Brown to claim a bonus tax depreciation deduction on the aircraft of approximately $11.2 million in 2003. In early 2004, a conference table and larger televisions were installed on the aircraft. The Internal Revenue Service (IRS) audited Mr. Brown, and ultimately denied the bonus tax depreciation deduction that Mr. Brown claimed for the aircraft, on the theory that the aircraft was not “placed in service” because the conference table was not installed until 2004. The Tax Court agreed with the IRS and imposed a 20 percent accuracy-related penalty. 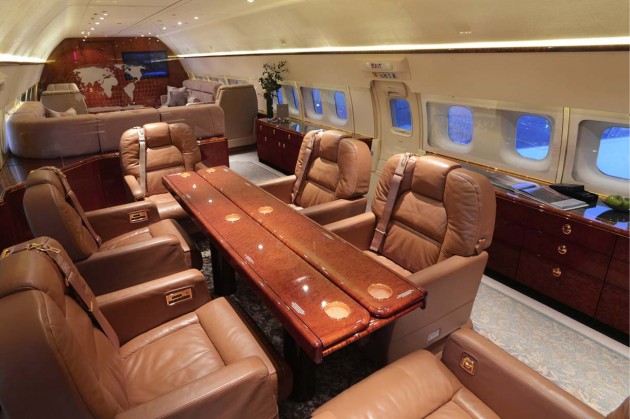 Mr. Brown’s aircraft had a typical interior seating configuration, but he wanted a conference table in the aircraft that he could “use [ ] for business,”…